A Tale of Cressy, Poitiers, The Black Prince and the 100 Years’ War.

No portion of English history is more crowded with great events than the 100 Years’ War from 1337-1453 under King Edward III and his son, the “Black Prince.”  The Battles of Cressy and Poitiers; the destruction of the Spanish fleet; the plague of the Black Death; and the Jacquerie rising are vividly related in this historically accurate adventure novel.  Walter Somers, although of good family, begins life as a London apprentice, but after countless adventures and perils, by valor and good conduct, becomes a squire, and at last the trusted friend of the Black Prince. 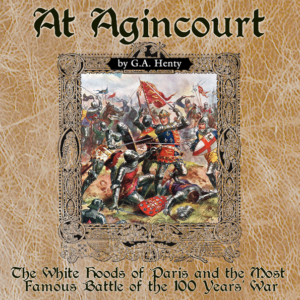