Pa pans gold, and Mama bakes pies for the miners. Seven-year-old Jem wants to help his family, but mean Will Sterling ruins his pie-selling errands. When Strike-it-rich Sam, Jem’s prospector friend, shows up with a scrawny dog, Jem might have an answer to the bully problem–it only Jem can convince his parents that another mouth to feed is a good idea.

Jem wrangles a job from Mr. Sims to catch bullfrogs for the cafe’s menu. What a perfect task for an active boy! But when Jem’s new dog, Nugget, and little sister, Ellie, get in the way, Jem loses his temper. Now Ellie is missing, and no one knows where. Jem knows it’s his fault. Can he find Ellie before it’s too late?

Jem and the Mystery Thief

When a silver dollar goes missing from mean Will’s collection, Jem is blamed. After all, he’s the only one who went indoors during recess. When a charm bracelet is stolen the next day, more fingers point his way. How can Jem prove he isn’t the culprit?

Jem is excited to accompany his prospector friend, Strike, on a two-week prospecting trip into the mountains. But the trip doesn’t go as planned. There are more tall tales from Strike than there are gold nuggets. There are dangers too. Will the two prospectors bring home treasure or return empty-handed? Or worse . . . will they not make it home at all?

Jem and the Golden Reward

A reward poster for a lost dog that looks exactly like Nugget goes up around Goldtown. Jem and Ellie are horrified. They can’t give up Gold Nugget. Not even for $2,000. But the choice might be taken out of their hands.

An unexpected cold snap brings a surprise to Goldtown . . . snow! The rare snowfall brings another, more dangerous surprise: predators following the wildlife that have come down from the high country to find food. 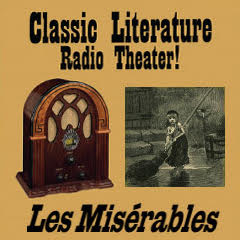